One of the VMFRC’s success is its board of directors. Responsible for the health and sustainability of the organization, it relies on policies and regulations to carry out the mission of the MFRC and makes a clear distinction between governance and operational. 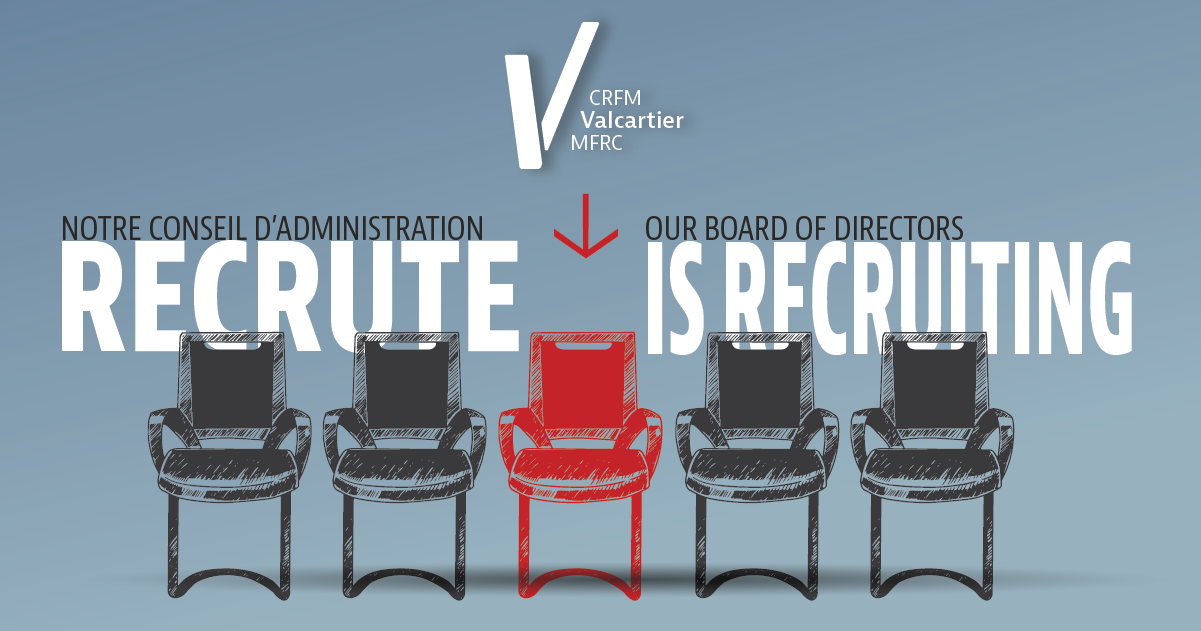 The Board of Directors of the Valcartier Military Family Resource Centre is looking for candidates from the military community:

Members of the Board of Directors 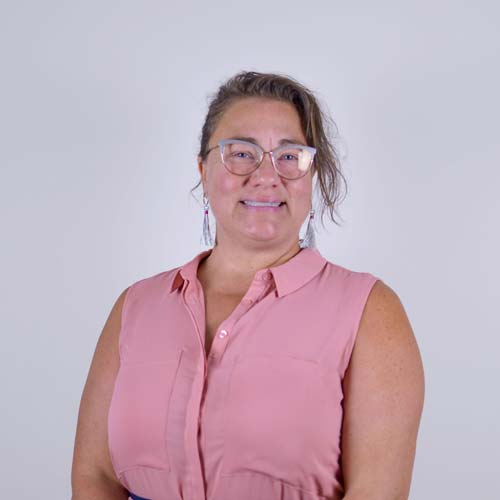 Chair of the Board, spouse and military

Ms. Grandmaison is a military member and military spouse. His strong board experience and leadership contribute to the implementation of the VMFRC’s projects.

Ms. Bouillaut has experience and skills in administration and management. General manager in retail for over 25 years, she is also the founder and manager of her company in the field of brief therapies (NLP). 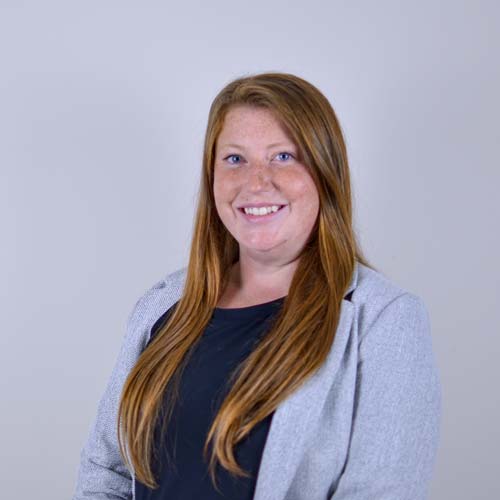 Ms. Gauvreau-Leblanc is a military spouse and holds a position as CPA auditor with Raymond Chabot Grant Thornton. She is familiar with the reality of not-for-profit organizations and has the vision to be a director. She wants to share the VFMRC’s mission and the solidarity shown by the community.

Mrs. Côté is a military spouse. She is the Executive Director of an Early Childhood Centre. 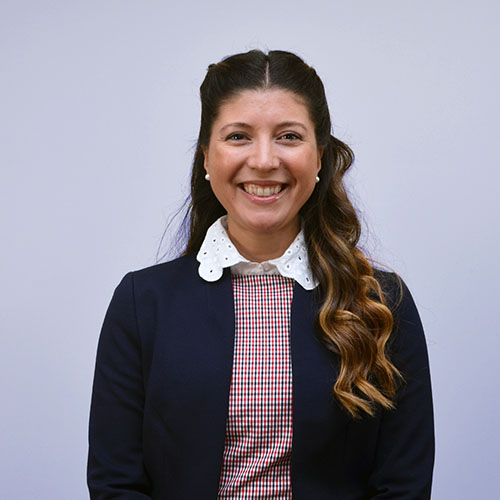 Ms. Nivischiuk is a military spouse and is the Executive Director of the Regional Association of West Quebecers. She also has a military background. She has administrative expertise and is certainly a great asset to the Board of Directors. Ms. Nivischiuk has been involved in many of the Centre’s activities in the past and appreciates the Centre’s role in supporting the military community. 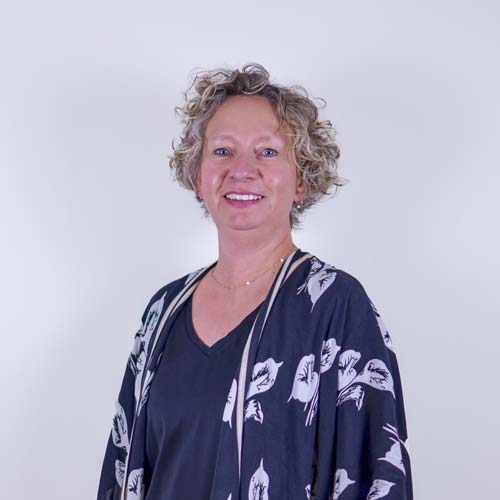 Ms. Laurendeau has been an account manager in business development at La Capitale General Insurance for nearly fifteen years. She has solid experience in needs analysis, negotiation, risk management and business plan development. 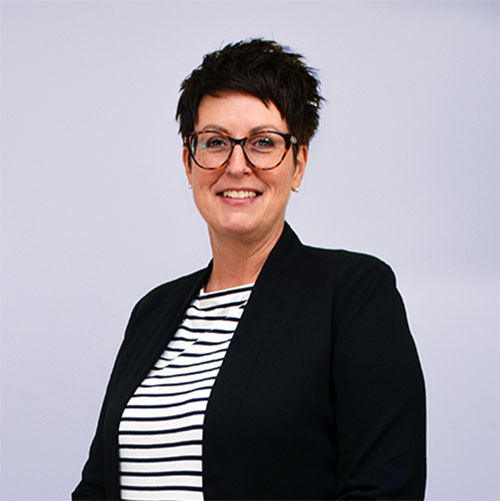 Mrs. Savard is a military spouse and holds a position in the National Defence as assistant to the commander of the 5th Service Battalion. She was also an infantrywoman and cook in the reserve force for 6 years, which is an asset in understanding the environment. She has been actively involved for many years in various committees in her workplace and wishes to contribute to the well-being of military families. 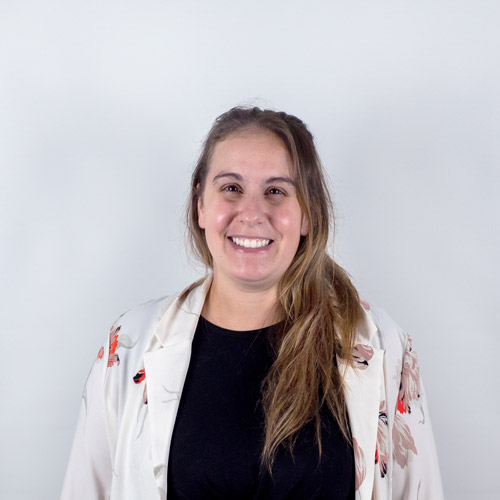 She holds a multidisciplinary BAC in social sciences, volunteers for several organizations and specializes in social media and Facebook. Wants to help the military community. 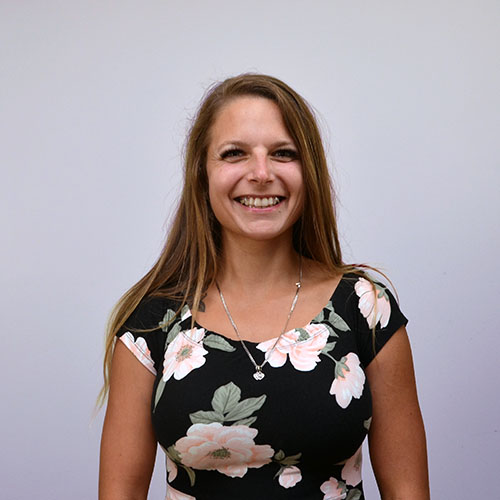 Military meteorological technician for the past 8 years, Ms. Vachon often volunteers for various organizations that are close to her heart. She recognizes herself in the values the VMFRC promotes. 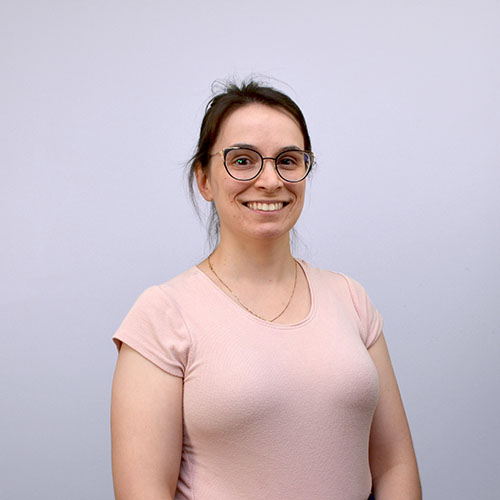 Ms. Quinn comes from a military family and is a team leader in the laboratory. She holds a Master’s degree in Environmental Biosciences, a Master’s degree in Clinical and Biomedical Sciences, and an Honours Bachelor’s degree in Biotechnology. She has served as an officer and a biathlon coach’s assistant with the Air Cadets. Ms. Quinn has a desire to be involved in raising awareness of our services and the importance of the military community.

Ex-officio members of the Board 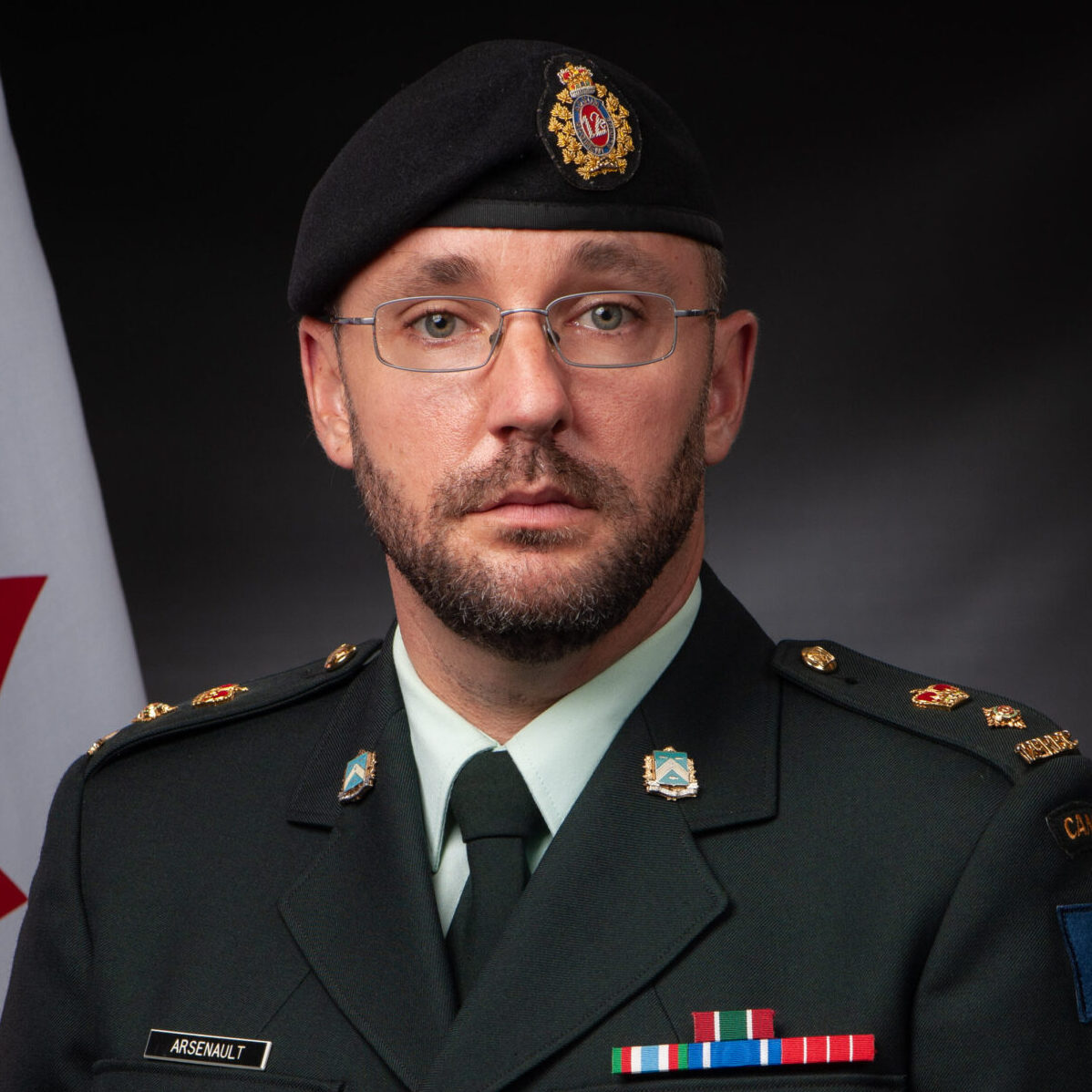 He joined the Canadian Armed Forces in 1997. He completed a deployment in Bosnia, one in Afghanistan, and one in Irak.

He holds a bachelor’s degree in Business Administration and a master’s degree in defence studies from the Royal Military College of Canada. He completed the Joint Command and Staff program in 2016 at the Canadian Forces College in Toronto. He is the current Commander of Personel Services. 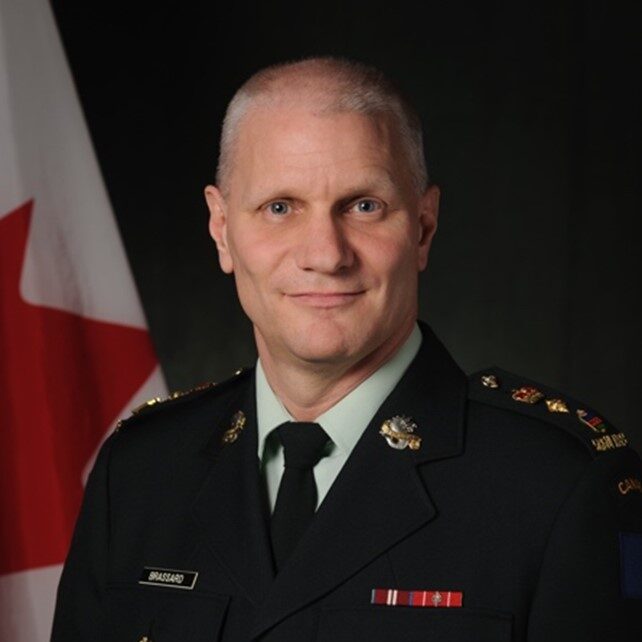 Lieutenant-colonel Brassard, CD, A of C

His career in the Primary Reserve began in May 1989 when he joined the Saguenay Regiment as an infantryman. He holds an MBA from the Université du Québec à Chicoutimi and is currently the Deputy Commander of 35th Canadian Brigade Group.

In civilian life, he works as a supervisor for Rio Tinto at the potlining plant located at Complexe Jonquière. 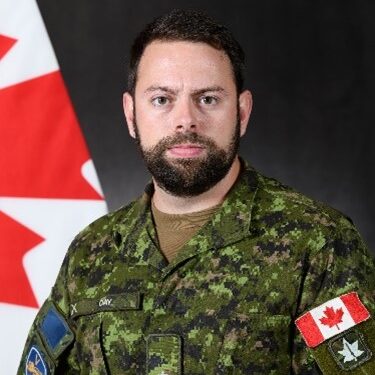 Major Marc-Olivier Day joined the Canadian Armed Forces in 2007 as an infantry officer. Following his studies at the Royal Military College of Canada, he joined the Royal 22e Régiment du Canada.

Over the years, Major Day has accumulated domestic and expeditionary deployments. He has contributed to floods, the G7 summit, the CHSLD crisis, Op NANOOK, and has deployed to Kuwait and Baghdad, Iraq. Major Day has also had the opportunity to work at all tactical levels; from platoon to brigade, including experiences at the division and corps level. 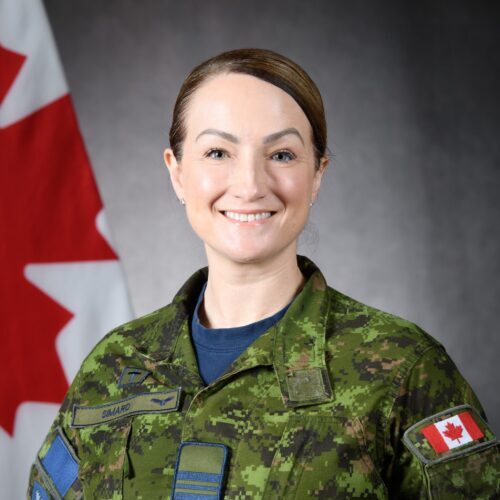 Major Julie Simard joined the Canadian Armed Forces in 2015 as a chaplain in Gagetown, NB. She was posted to Valcartier in 2017. In 2019, she was deployed on OP PRESENCE where she served as a chaplain for the Canadian Armed Forces Central Mission in Mali and Senegal. In 2021, she is posted to 2 Cdn Div Support Group in Valcartier where she serves as Senior Chaplain. 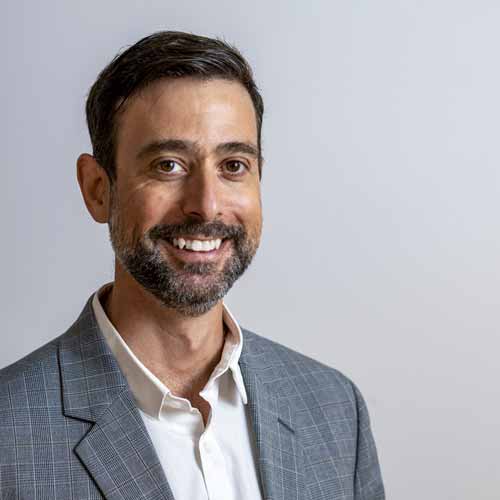 He has been a member of the Quebec Chartered Professional Accountants Associations since 2015. He worked in various organizations in Nunavik between 2006 and 2015.

Mr. Moisan joined the VMFRC as Director of Finance and Administration in 2015. He became Executive Director in May 2019. 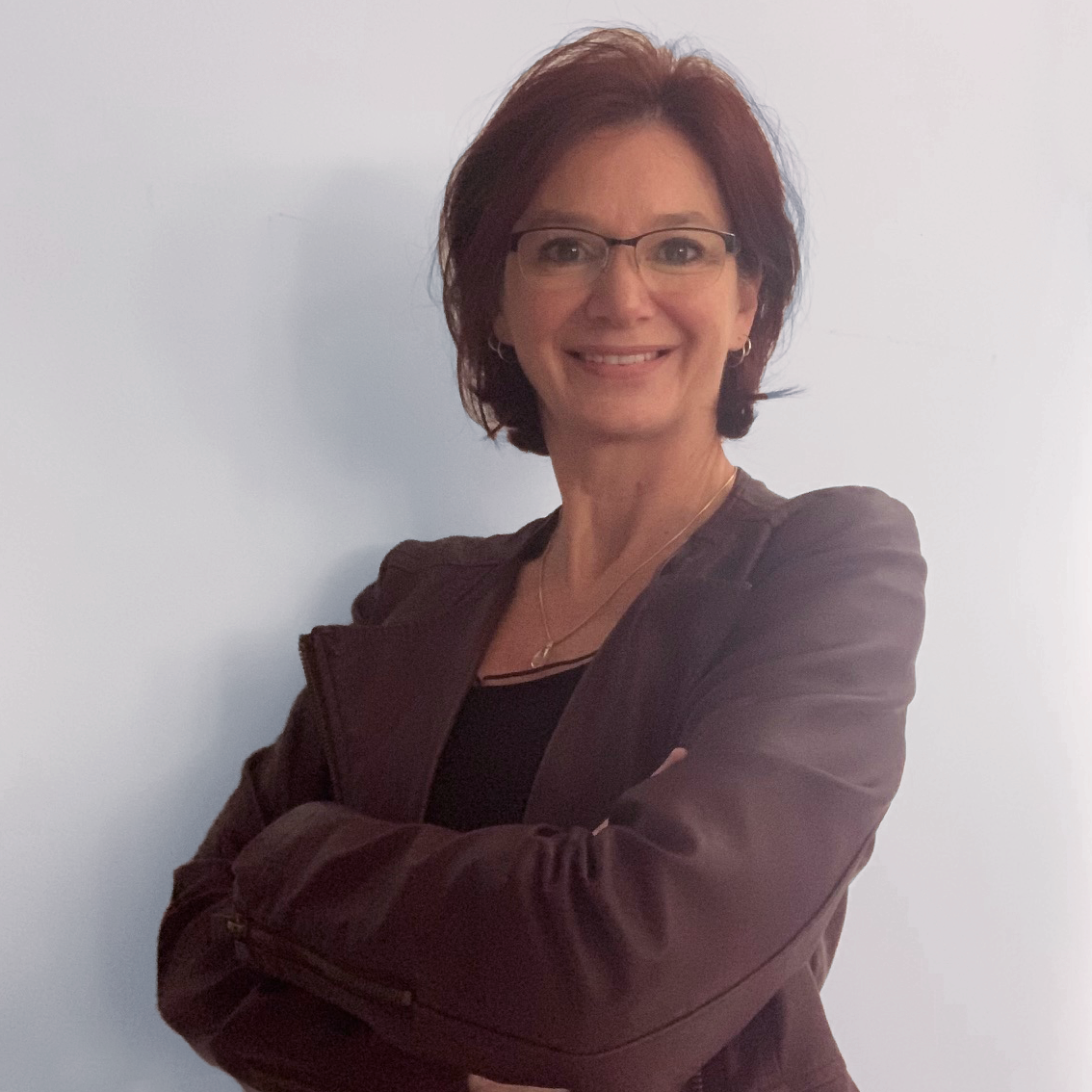 Chantal Couture has a beautiful life path that led her to evolve for many years in the administration of senior residences. She also grew up in the municipal world for 10 years. Volunteering has a special place in her heart, and she has been involved with several organizations as well as the cadets. Chantal is very happy to join the Valcartier MFRC Board of Directors.

Veterans and their families